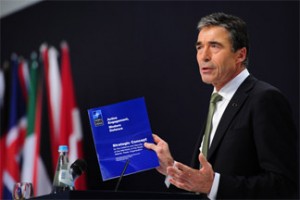 “The Strategic Concept is an official document that outlines NATO’s enduring purpose and nature, and its fundamental security tasks. It also identifies the central features of the new security environment, specifies the elements of the Alliance’s approach to security and provides guidelines for the adaptation of its military forces.”

NATO’s Strategic Concept is the consensus of all the member states on the question of the future direction of the Alliance.

As NATO approaches its 70th anniversary, it now makes sense to initiate work on a new Strategic Concept. The current one from 2010 is visibly outdated; for example, its description of the security environment is that “the Euro-Atlantic area is at peace” and that NATO-Russian cooperation “contributes to creating a common space of peace, stability and security”. Main principles of NATO Strategic Concept from 2010 (collective defence, crisis management and cooperative security) remain valid, however security environment in the world from 2010 has changed for example by illegal annexation of Crimea by Russian Federation or by cancellation of INF (Intermediate range Nuclear Force) Treaty. Treaty that at the time when was signed represented a huge step by Great Powers towards arms control and nuclear disarmament.

Core challenges for NATO include: 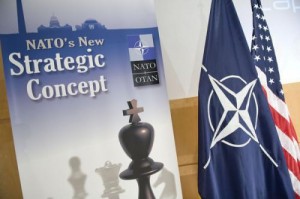 Regarding this issue, NATO has 2 paths: either to accept that the Alliance-wide 2% GDP target for defence spending has failed, and pledge will not be met by 2024, or to initiate a punishment mechanism for those members that do not meet the requirements. Even though many countries have start to work assiduously on their commitment, fast development of new technologies will make it more difficult for some countries to keep up with.

Partnerships – How to make the most of the relationship?

“NATO would benefit deeply from coherent analysis of partnerships and their developments; assessing how these may enhance or detract from international security.”

Open Door – Is further enlargement beneficial for the Alliance and European security?

Enlargement has increasingly become a topic of dispute between Russia and the Alliance – as well as within the Alliance itself. If NATO is to contribute towards a Europe whole and at peace, while respecting the principle of each nation’s free choice of security policy, some strategic issues will need to be analysed.

For a better understanding, please visit THIS page.

In order to read about how a new Strategic Concept is developed, please click HERE.