The fourth edition of the Visegrad Youth Forum (VYF) project took place at the Faculty of Political Science and International Relations in Banská Bystrica. Young academics and experts from the Czech Republic, Hungary, Poland, Slovakia and, for the first very time, from Ukraine met in the heart of Visegrad region to participate in this unique event.

The main programme of VYF 2015 consisted of panel discussions and workshops. Also, the opening reception and a cultural evening provided the participants with an opportunity to network contacts and get to know each other. Three panel discussion took place during the course of the forum, the topics being the future of cooperation between countries of the Eastern Partnership and the V4, the V4 Battle Group and current and future security challenges of V4 countries the annexation of Crimea. The first two panel discussions were followed by workshops. Aside from the aforementioned panels and workshops, the participants had the unique opportunity to be part of a simulation of the EU Foreign Affairs Council, which was held in the so-called CEKR – the Center of Crisis Management specifically equipped for simulations like this at the Faculty of Political Science and International Relations at the University of Matej Bel.

The event was opened by the keynote speech of Igor Slobodník, the State Secretary of the Ministry of Foreign and European Affairs of the Slovak Republic. In his speech, Mr. Slobodník underlined the importance of cooperation between V4 countries and countries of the Eastern Partnership, as the Eastern Partnership project ranks among the main priorities of the European Union itself. Following the speech was a panel discussion on the outlined topic. Joining Igor Slobodník as the panellists were Igor Kosír, professor at the University of Matej Bel and Lászlo Póti, senior research fellow at the Hungarian Institute for Foreign Affairs and Trade. The discussion was moderated by political scientist Martin Klus.

Speaking first, Igor Kosír shortly summed up the cooperation between the Eastern Partnership and the EU, while also reviewing the attitude of certain member states in the context of cooperation with the EU. He also mentioned the Union’s Free Trade Area with Georgia, Moldova and Ukraine, which will come into force next January. In his speech, he also touched upon the topic of the Eurasian Economic Union. Lászlo Póti followed by speaking about the meeting between the Ministers of Foreign Affairs of the V4 and Eastern Partnership countries, which was held on May 14 and 15. At the meeting, the ministers of V4 countries expressed their support of the Eastern Partnership. In his speech, he made references to his own research, in which he came to the conclusion that the foreign policy of V4 will primarily focus on energy security, instability in the EU’s neighbour countries and illegal migration. Furthermore, he pointed out that the majority of respondents from V4 countries deem the cooperation with Eastern Partnership countries unsuccessful.

Speaking at the second panel discussion on the topic of the V4 Battle Group were Péter Stepper, the Director of the Corvinus Society for Foreign Affairs and Culture in Hungary and Rastislav Kazanský, the head of the Department of Security Studies at the University of Matej Bel in Banská Bystrica. The discussion was moderated by Euro-Atlantic Center member Martin Čapliar. Péter Stepper stressed the importance and significance of the V4 Battle Group in regards to the security of the member countries. Rastislav Kazanský further elaborated on Poland’s specific position and status within the V4 Group, as the country invests significantly more resources compared to their partners. He concluded that it is of utmost importance that the V4 agrees on a leader that would be in charge of the battle group.

The topic of the third and final panel discussion were security challenges of V4 countries after the annexation of Crimea. Speaking at the panel were Juraj Droba, Vice-Chairman of the Committee for Foreign Affairs of Slovak National Council, Dušan Fischer, research fellow at the Slovak Foreign Policy Association (SFPA) and Marek Lenč, lecturer and assistant professor at the University of Matej Bel. The panel discussion was moderated by Euro-Atlantic Center member Matej Beňuš. Speaking first, Dušan Fischer pointed out that currently, the biggest threat is posed by local terrorism, socioeconomic destabilisation and Russian expansion linked to „pro-Russian“ propaganda. Marek Lenč acknowledged that V4 countries were very active in condemning Russian actions. Despite the fact the V4 countries have promised economic help and cooperation in terms of security, they still lack a common stance towards this issue. Juraj Droba agreed with the two previous speakers and further elaborated on Dušan Fischer’s speech, pointing to Russian paramilitary groups as an emerging and very serious threat. He also stated that Poland has taken different stance in this matter in comparison to other V4 countries, especially because of the direct border it shares with Russia and the past Russian occupation of the country.

No testimonials in the diving taxonomy!

Ministry of Foreign and European Affairs of the Slovak Republic 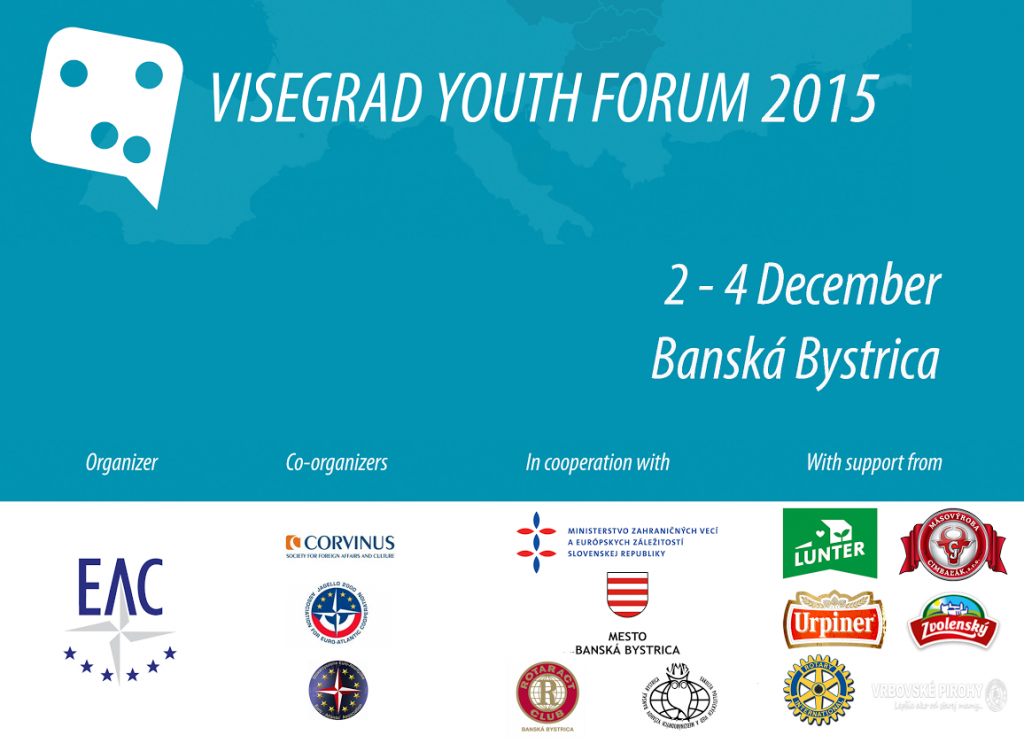