For the fifth time, the Visegrad Youth Forum (VYF) returned to the “Heart of Slovakia”, Banská Bystrica. VYF 2016 took take place from December 7 until December 8, 2016. Young academics and experts from the Czech Republic, Poland, Hungary, Slovakia and Ukraine met in the heart of the Visegrad region to commemorate the 25th anniversary of the Visegrad Group.

The main program of VYF 2016 consisted of panel discussions and workshops. Aside from the official program, the opening reception and a cultural program provided the participants with an opportunity to get to know each other and to network. Two panel discussions took place during the course of this year’s Visegrad Youth Forum, the topics being The V4 – 25th anniversary: Successes and perspective of future collaboration and Warsaw aftermath: Challenges for Central Europe. Both panel discussions were followed by workshops, which were meant to prepare the participants for the highlight of the program – a unique opportunity to take part in a simulation of a NATO – Ukraine summit, where the participants were put into roles of real policy makers. The simulation took place in the so-called CEKR (short for Crisis Management Center) at the Faculty of Political Science and International Relations of the Matej Bel University.

The fifth edition of the Visegrad Youth Forum was held under the auspices of Miroslav Lajčák, the Minister of Foreign and European Affairs of the Slovak Republic.

The first panel discussion titled was introduced by Radovan Javorčík, Director of the State Secretary Office of the Ministry of Foreign and European Affairs of the Slovak Republic. Speaking at the panel discussion were Peter Kormúth, Director of the Second Territorial European Department of the Ministry of Foreign and European Affairs of the Slovak Republic, Piotr Samerek, Minister Counsellor at the Embassy of Poland to the Slovak Republic and Michal Vít, research fellow at EUROPEUM Institute for European Policy. The panel was chaired by the Vice President of the Euro-Atlantic Center Jakub Fedor. Speaking first, Peter Kormúth stated that the V4 is undeniably a success story, which is only proven by 25 years of its existence and can be regarded as the most successful regional format in Central Europe. Piotr Samerek followed by highlighting the Group’s flexibility, mentioning the rotating presidency of the V4 and the V4+ format, the goal of which is to cooperate with other regional formats. Michal Vít warned, that despite all the successes the V4 has achieved, we cannot take cooperation between Central European countries for granted, as cooperation in the region still isn’t the main focus of foreign policies of the region’s countries. He also pointed out that topics deemed too confronting are slowly being left out of the agenda of the V4.

The second panel discussion began with an opening commentary by Róbert Ondrejcsák, the State Secretary of the Ministry of Defense of the Slovak Republic, who focused on the outcomes of the Warsaw summit. The panelists of the discussion were Radovan Javorčík, Director of the State Secretary Office of the Ministry of Foreign and European Affairs of the Slovak Republic, István Gyarmati, Ambassador, Professor and President of the Center for Democracy Public Foundation, Jakub Wisniewski, Vice President of GLOBSEC and Director of the GLOBSEC Policy Institute and Michal Šimečka, research fellow at the Institute of International Relations Prague. The panel was chaired by Euro-Atlantic Center member Róbert Vancel. Radovan Javorčík stated that we live in times of uncertainty, as the security environment has been constantly changing and maintaining stability in the region is currently more challenging than ever. Michal Šimečka described the outcomes of the Warsaw summit aren’t anything ground-breaking, yet the current situation has been strongly influenced by the outcome of the US presidential election and Brexit. Jakub Wisniewski further elaborated on the influence of the US presidential election, being skeptical about the prospect of President-elect Donald Trump helping Europe in case of need. Speaking last, István Gyarmati criticized the outcomes of the Warsaw summit, as the decisions that were made during the summit should have been made when NATO was inviting new states to become members. He also warned that in light of Russian efforts to create a rift between member countries, NATO is facing its biggest crisis since 1949.

Both panel discussions were followed by workshops, which were to prepare the participants of VYF 2016 for the NATO – Ukraine summit simulation. During the course of the simulation, the participants agreed on a final communiqué, which is addressed to representatives of V4 countries to inform them of the opinions of the young academics from the Visegrad region and aims to serve as recommendation material.

The results of the preliminary V4 and Ukraine summits

Final Communiqué of the NATO and Ukraine Summit Simulation

Final Communiqué of the NATO and Ukraine Summit Simulation

The communiqué below was produced during the Visegrad Youth Forum 2016’s NATO and Ukraine Summit Simulation organized by the Euro-Atlantic Center:

We, the members of the Alliance, have resolved and reaffirmed that the recent events in Eastern Europe should not be ignored and that the Alliance shall take the following measures:

a) to propose an official statement on these events from the Russian federation;

c) to provide IT experts on voluntary basis, in order to investigate the cyber-attack conducted against Ukrainian power plants, as well as to improve the state of Ukrainian cyber security;

d) to conduct dialogue between the Russian federation, NATO and Ukraine in the format of a NATO + 2 summit moderated by Switzerland as a neutral actor;

e) to encourage the members of the Alliance, which do not meet the 2% military spending requirement, to make an effort to increase their spending in light of the recent events.

(NOTE: This communiqué is addressed to our representatives to inform them of the opinions of the Visegrad youth and should serve as recommendation material.)

Final Communiqué of the NATO and Ukraine Summit Simulation (.pdf) 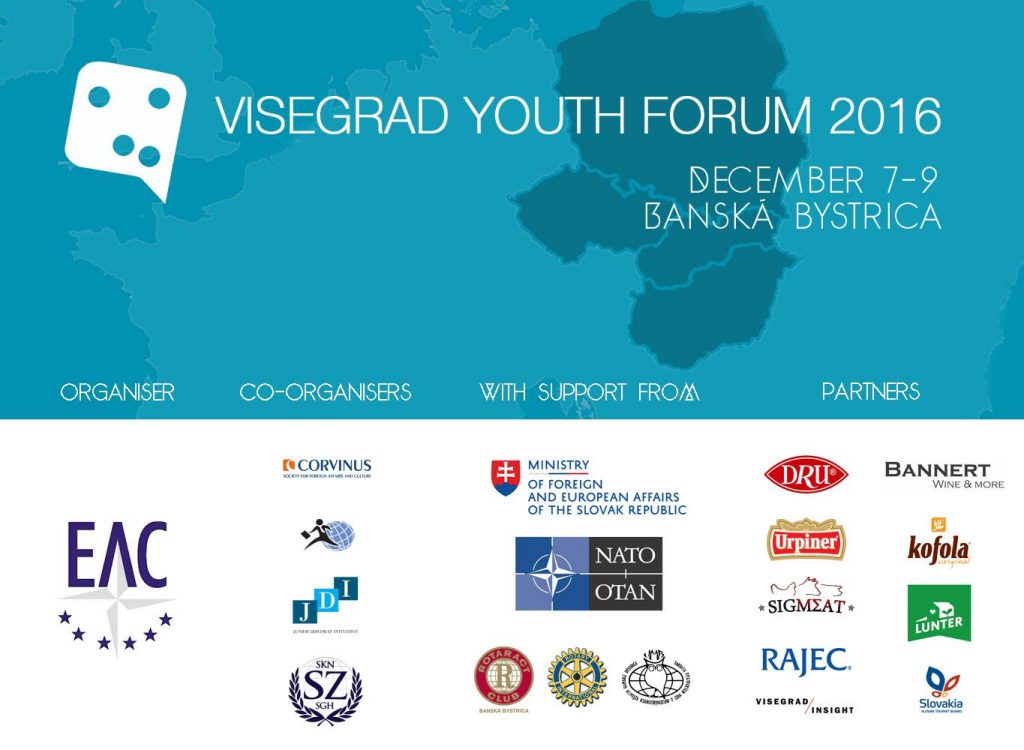