The Visegrad Youth Forum (VYF) made its return to the city of Banska Bystrica, the “Heart of Slovakia” for the sixth time. VYF 2017 took place between December 6 and December 8, uniting young academics and experts from Hungary, Poland, the Czech Republic, Slovakia and, for the very first time ever, from Baltic states, in discussions about topics such as defense cooperation and the future of V4 cooperation.

The sixth installment of the Visegrad Youth Forum focused on the topics of defense cooperation within the V4 region and Euro-Atlantic structures, as well as the future of Visegrad cooperation in an ever-changing regional and global environment. VYF 2017 was highlighted by a simulation of a NATO and Russia summit in the Crisis Management Center (CEKR) at the Faculty of Political Science and International Relations of Matej Bel University, during which the event’s participants were assigned roles of state leaders, with their goal being to reach a consensus on the issue of strengthening the Alliance’s eastern border. This year’s event was held under the auspices of Mr. Ivan Korčok, State Secretary of the Ministry of Foreign and European Affairs of the Slovak Republic.

The panel discussion of VYF 2017 titled „Defense Cooperation: Mission (Im)Possible?“ was introduced by the opening remarks of Jaroslav Ušiak, Vice Dean for International & Public Relations of the Faculty of Political Science and International Relations of the Matej Bel Unviersity. Speaking at the discussion were Ferenc Kalmár, Deputy Head of the Defence Policy Unit of the Ministry of Defence of Hungary, Miroslav Mizera, Special Advisor to the Deputy Minister of Defence of the Slovak Republic and Jakub Kufčák, Research Fellow at the AMO Research Center and Member of the Supervisory Board of AMO.

Aside from the panel discussion, workshops and the simulation, the program of this year’s edition of the Visegrad Youth Forum included an excursion at the Training Centre Lešť, which mainly focuses on the training of special units of the Slovak Armed Forces, as well as other special forces that are part of the security framework of Slovakia.

Report from the panel discussion

and many more mentions in printed media and on social media…

Joint Statement from the NATO and Russia Summit Simulation

The following joint statement has been produced during the NATO and Russia Summit Simulation at the Visegrad Youth Forum 2017 organized by the Euro-Atlantic Center.

We, the members of the Alliance, have agreed upon and would like to declare the following points in regards to the growing tensions at the Alliance’s eastern border:

a) to reiterate the fact that we belong to NATO, first and foremost, and as such, we pledge to follow the collective defence Article 5;

b) to express our full support for the Alliance’s eastern flank;

c) to reiterate our commitment to follow norms of international law;

d) to ask NATO military observes to be present at Russian military exercises in order to show our will to cooperate and abide by international law;

e) to pledge not to conduct military exercises in the Suwalki Gap as long as Russia decreases its military presence in the area;

f) to condemn Russian aggression and the strategic intimidation of NATO member states.

The following points were added to the joint statement following a simulated scenario, in which paramilitary troops without any visible military insignias crossed the Latvian border:

g) to invoke Article 5 of the Washington Treaty against any actors and/or forces, which are currently and directly threatening the sovereignty and integrity of the Republic of Latvia;

h) to consider the request of other members of the Alliance, namely the Republic of Estonia and the Republic of Lithuania, to increase the presence of troops in their respective country, underlining that the Alliance is fully committed to support the security environment in both countries in case the need arises.

(NOTE: This joint statement is addressed to policy makers to inform them of the opinions of the Visegrad youth and should serve as recommendation material.)

Joint Statement from the NATO and Russia Summit Simulation (.pdf) 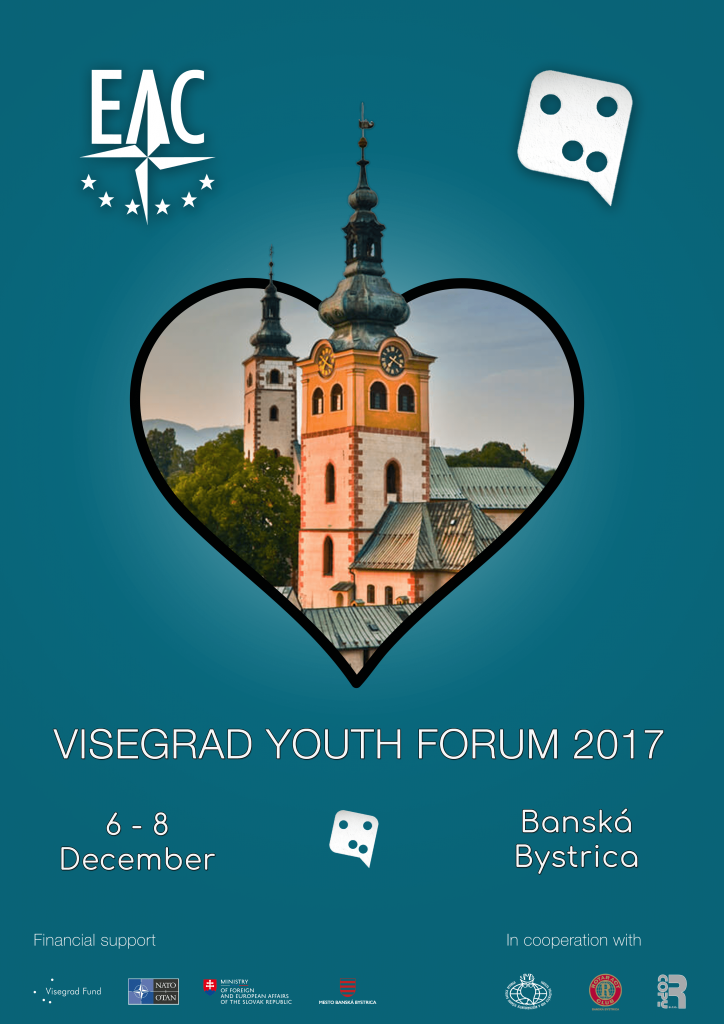